The synopsis of the play is as follows: The yaksa suffers his master's curse for a year for paying too much attention to his new wife and neglecting his duties. He must go into exile in the mountains of Northern India. Eight months of despair have emaciated him when he alights upon a plan to convince a passing cloud to visit his wife and rain upon her his love and assurances that he is all right. (The cloud as bearer of rain upon the earth is a sexual metaphor in many cultures.) To make the journey worth the cloud's while, the yaksa describes the marvelous scenery, beautiful women in the rivers, and festival events the cloud will encounter across India.

In this installation, a cloud will form in the chamber's supersaturated environment as the result of the introduction of alcohol. The alcohol responds to a temperature differential within the chamber by forming a mist. When random cosmic rays or ions passing through this environment pick up condensation from the mist their path is momentarily illuminated (in this case, against the black velvet that lines the two chambers, made of two large jars).

The work was created for an art course taught by Shawn Brixey at the University of California, Berkeley. The Cloud Messenger was followed by another MA FISH CO work about love and separation, the video short, Exquisite Corpse. A second quite different offshoot of this project, Heaven's Dark Side: the body, is a work that explores the Sanskrit and Latin roots of language to question how we acquire knowledge. 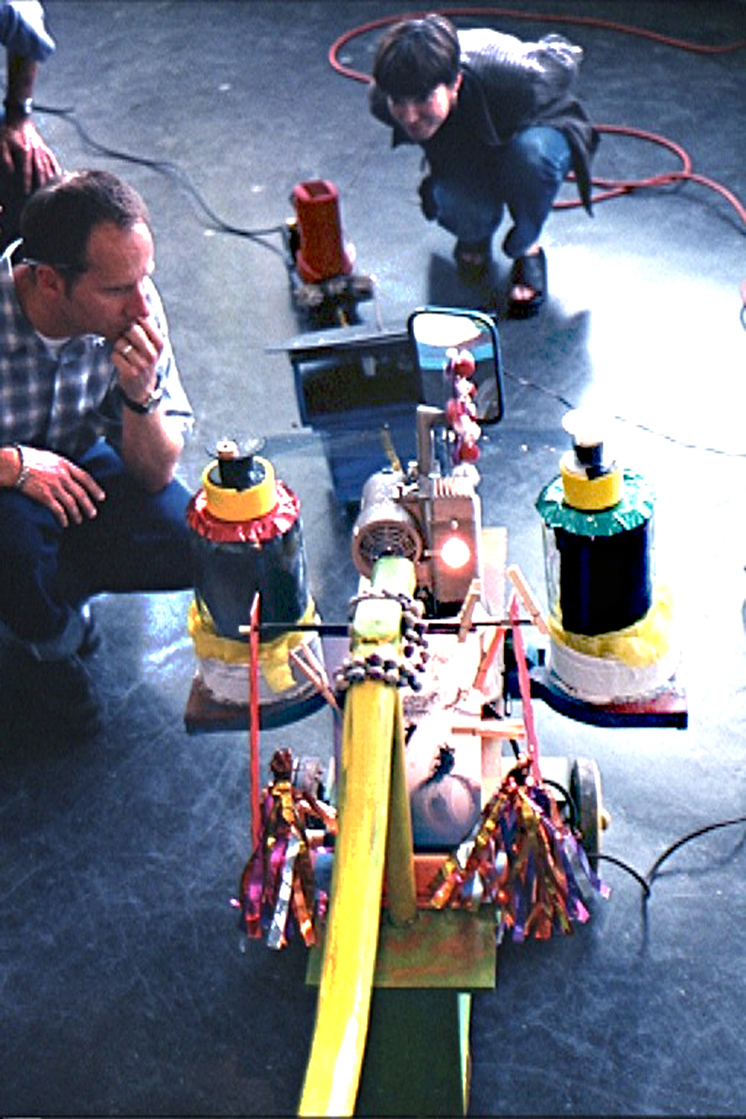