Richard Lowenberg convinced the UTI Corp., Sunnyvale, that their thermographic imaging equipment developed for the Vietnam War would be put to good use making art. Richard’s motto: “The best defense is an artistic offense!”

UTI delivered the equipment to Richard’s San Francisco studio, where Judith Azur and I joined him. The imaging device sensed differentiations in heat in the room and employed algorithms to convert those differences to color images, accurate to 1/2 degree delineations. We scripted a set of actions to take advantage of the system's unique properties: As the images are scanned every second by means of a mirror encased within the camera, the action appears animated; images are somewhat distorted, as seen in the still photographs below, adding to the feel for animation. Richard was behind the camera, occupied with both photography and maintenance of the eqjuipoment. In 1979, the apparatus required cooling with liquid nitrogen while it was operating. Today, there are consumer models of thermographic imaging systems. 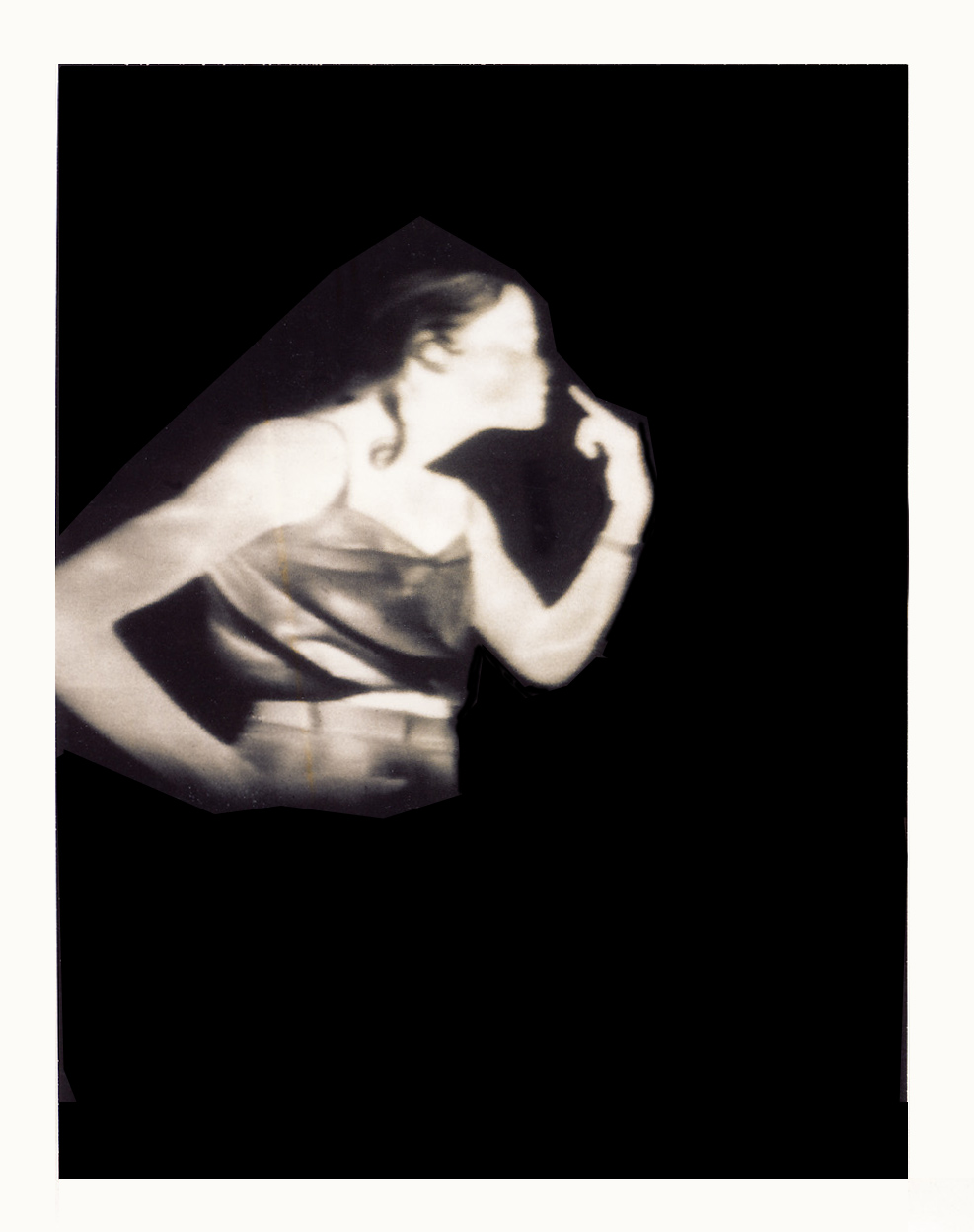 From Wikipedia: A thermographic camera (also called an infrared camera or thermal imaging camera) is a device that forms an image using infrared radiation....Instead of the 450-750 nanometer range of the visible light camera, infrared cameras operate in wavelengths as long as 14,000 nanometers.... Theory of Operation: Infrared energy is just one part of the electromagnetic spectrum, which encompasses radiation from gamma rays, x-rays, ultra violet, a thin region of visible light, infrared, terahertz waves, microwaves, and radio waves. These are all related and differentiated in the length of their wave (wavelength). All objects emit a certain amount of black body radiation as a function of their temperatures.

Generally speaking, the higher an object’s temperature, the more infrared radiation is emitted as black-body radiation. A special camera can detect this radiation....It works even in total darkness because ambient light level does not matter. This makes it useful for rescue operations in smoke-filled buildings and underground.

History: Infrared was discovered by Sir William Herschel as a form of radiation beyond red light. These ‘infrared rays’ (infra is the Latin prefix for ‘below’) were used mainly for thermal measurement....In 1929, Hungarian physicist Kálmán Tihanyi invented the infrared-sensitive (night vision) electronic television camera for anti-aircraft defense in Britain. The first thermographic cameras began with the development of the first infrared line scanner. This was created by the US military and Texas Instruments in 1947 and took one hour to produce a single image. While several approaches were investigated to improve the speed and accuracy of the technology, one of the most crucial factors dealt with scanning an image, which the AGA company was able to commercialize using a cooled photoconductor.