War Nerves, in two parts, “Accordian" (1983) and “Canto 45” (1985), puts Ezra Pound’s support for Mussolini’s economic programs on the stage to set the tone for the larger work Against Nature, in which this dance was later incorporated as “War Nerves (The Constant Movement of Arms).” Choreography for the second part “Canto 45” employs a combination of American and Italian Sign Language. Words such as “usury” and “paradise” were not part of the everyday vocabulary of American Sign Language but were common in Italian Sign Language. Part 2 was accompanied by a puppet play with the commedia dell'arte figure of Pulcinella attempting to put himself back together again (like Humpty Dumpty), accompanied by the voice of Benito Mussolini. The song’s serious content and catastrophic consequences are at odds with its musical setting as a children’s song. The idea arose from the controversial post WWII interpretation of Ring Around the Rosie, a children’s nursery rhyme that was linked back to the Great Plague of England in 1665. Pound’s 1936 canto, written on the heels of the Depression, sounds the alarm that the tyranny of the economy is the primary determinant of culture, politics, and morals.

Though considered a part of Pound's production with Fascist and anti-Semitic overtones, the canto was chosen for inclusion by the artists because of its central premise that usury undermines a society's well-being. The artists, rejecting the linking of usury to Judaism, point to usury as a problematic pillar of American capitalism. The canto’s first line, "With usura hath no man a house of good stone," maintains traction in the 21st century; anticipates the 2008 bank foreclosures of homes in the U.S. and homelessness. An excerpt of the musical setting of the canto can be heard below in the audio example. 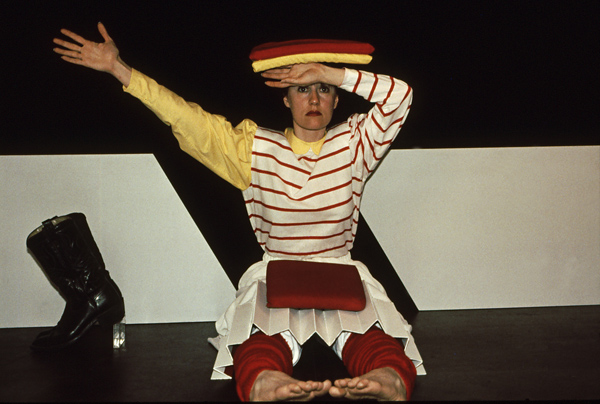